Stooping to conquer: The gentleness and generosity of the Early Church As Chrysostom said, ‘Now love is not speaking empty words to people, but taking care of them, and putting itself forward by works—relieving poverty, helping the sick, rescuing those in danger, standing by those who are in difficulty, weeping with those who weep, and rejoicing with those who rejoice’ (Chrysostom, Homily 7 on Romans 9–18). That kind of love takes effort; it involves sacrifice. The early Christians were able to persevere in being gentle and generous because they had hope for the future and set their heart not on earthly, but on heavenly rewards. This did not mean, however, that they were ‘so heavenly minded they were of no earthly good’. Instead, it freed them to behave in counter cultural ways which did, in fact, change the world....

There are, of course, differences between the circumstances of the early church and ours. The early church faced the challenge of being new in a world that valued what was ancient—novelty was suspect. Now the church (in the West, at least), faces the challenge of being old in a world that values what is new. Christianity has been so successful that many of its truths—that all people are created equal and have the right to life, liberty and the pursuit of happiness—have become self-evident.

But I think the qualities of gentleness and generosity still have something to contribute. We are living in an anxious age. Christians seem just as prone to it as everyone else—in some ways more so, as we see society changing around us. If we have confidence in God, though, if we entrust ourselves to him, we will radiate something different. As Cyprian wrote in the midst of barbarian attacks, natural disasters, plagues and persecution:

There flourishes with us the strength of hope and firmness of faith, and in the midst of the very ruins of a collapsing world our mind is lifted up and our courage is unshaken, and never is our patience unhappy, and our soul is always secure in its God, just as the Holy Spirit says and exhorts through the prophet, strengthening the firmness of our hope and faith by his heavenly voice (Cyprian, To Demetrian).

There is tremendous freedom in living with confidence in the future, as citizens of the heavenly city (Augustine, City of God, 15.1). And there is tremendous impact in following Christ in his gentleness and generosity. As Cyprian said, ‘New-created and newborn of the Spirit by the mercy of God, let us imitate what we shall one day be’ (Cyprian, Lord’s Prayer).

The above blog is an excerpt from the Morling Press book, Not in Kansas Anymore: Christian Faith in a Post-Christian World by Edwina Murphy. Edwina Murphy is a Senior Lecturer in Christian Thought and History at Morling College. Edwina joined the faculty in 2008, but has been associated with Morling since commencing as a student in 1993. She teaches Christianity in History and Baptist Distinctives. Her research interests revolve around Cyprian, a third-century bishop, and how the early church interpreted scripture. Edwina was an evangelistic intern (1998) and also served as associate pastor of Macquarie Baptist Church (1999-2000). 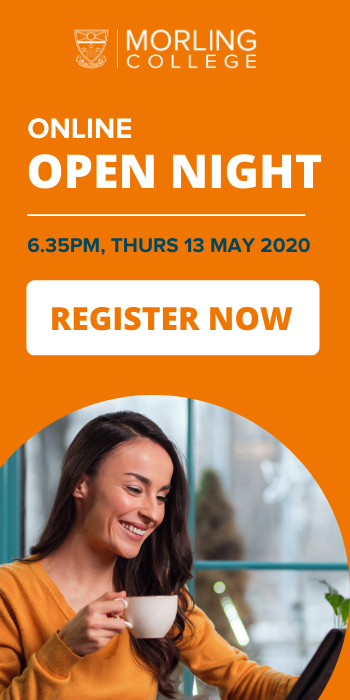